+
It’s been quite a couple of months for Art Ventures NWA, but that’s not slowing them down. The gallery  is proud to celebrate the beginning of Black History month by presenting “Frame of Mind” Jan. 30-March 6 at the Faulkner Performing Arts Center Gallery in Fayetteville.
This exhibition of African and African-American art showcases some of the best accomplished and rising Black artists from around the country, according to a press release.
There is everything to be said about cultural survival and the nuanced battles required to protect the core of oneself from annihilation. Like the drum-beat, art informs us of individual battles won and lost, telling us that we are still here, still connected, still creating pathways to cultural survival and growth.  “Frame of Mind” is one drum-beat in the vast cultural context of Blackness in the diaspora, and its plan to thrive, according to a press release.
Exhibiting artists include Oluwatobi Adewumi, Eric Andre, Morgan Bame, Candace Dolls, Najee Dorsey, Carl Karni-Bain, Sharon Killian, Delita Martin, Zora J Murff and Joelle Storet.
The opening reception for “Frame of Mind” is tonight from 6 to 7 p.m. at the Faulkner Center. The reception is free and open to the public. Immediately following the reception, the Faulkner Center will present Josephine the Play from 7:30 to 9 p.m.
Featured photo: “You’re Killing Me,” Sharon Killian 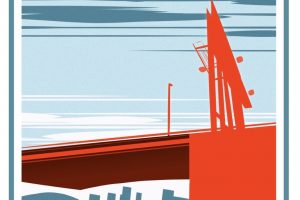 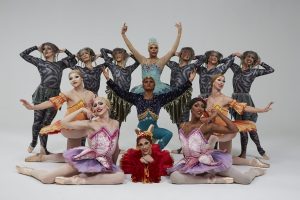 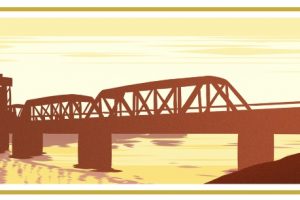