For its 17th annual event, the Six Bridges Book Festival will be back in Little Rock from April 23 to 26, offering an opportunity for the writer and reader community to celebrate written word in all forms. Presented by Central Arkansas Library System, the festival will bring in more than 60 award-winning and best-selling authors; some who have had work adapted on the big and little screen. Events will take place at CALS Library Square and other locations in Little Rock.

Previously known as the Arkansas Literary Festival, the event has rebranded to emphasize the many bridges of Little Rock that stand next to the striking brilliance of the Arkansas River. According to the Six Bridges Book Festival’s website, the title also signifies an even deeper meaning: “Through human invention and determination, bridges overcome obstacles and open the way for new journeys and opportunities. Bridges unite diverse communities and bring people together.”

Phillip Rex Huddleston, a key member of the festival, became involved with the event 10 years ago after starting a self-managed publishing group for local writers, Weatethebook. He then embarked on a collaboration with the festival through the coordinator, Brad Mooy. Writers of the publishing company performed readings during the festival and Huddleston himself became a moderator.

It is now Huddleston’s third year on the creative board and his second year as the organizer for Maker’s Alley, a place for featured local artisans during the festival. He said the event is distinguished by its “sincerity and informality.”

“Last year, I was able to invite Roman Muradov whose book On Doing Nothing is a creative manifesto for this century; I don’t think I have smiled so much as when my friend Arshia Kahn interviewed him about his philosophies on art and creativity,” he said.

After receiving his master’s degree in English Literature, Huddleston said he assumed he understood the relevance of literacy but, “a new book is a new voice, and new voices are arising with each passing year. I have no idea what I’ll experience with each festival and panel, and that’s a feeling that should excite us all.”

As the festival rebrands under the new name Six Bridges Book Festival, Huddleston said guests should expect a vibrant and inclusive festival. He said he is most looking forward to Angela Garbacz and Kathy Gunst talk about their respective books Perfectly Golden and Rage Baking: The Transformative Power of Flour, Fury, and Women’s Voices.

“I’m also a sucker for anything noir, and Stacey Margaret Jones’s Mr. Catherine is sure to titillate with its drugs, drinking, and domesticity (perhaps the most violent of the three). Kevin Brockmeier is consistently one of my favorites and his reading from The Ghost Variations is sure to make you catch your breath followed by a deep and tender sigh,” he said.

As he describes it, guests are in for a weekend of inclusion, diversity and an environment of true literary appreciation. Huddleston shared a few words of advice to new guests of the festival: “I recommend everyone make their own weekend of it. Check out the website, circle authors that speak to your interests, and enjoy where each reading steers you. The best course is an unplanned one that ends with new friends and new musings.”

The New York-based comedian and artist, Matteo Lane, will initiate the weekend at 7:30 p.m. in the Ron Robinson Theater. Lane’s stand-up comedy special is now on Netflix, The Comedy Lineup.

Following the opening night, the four-day event will host presentations and discussions by professionals in the industry on topics ranging from comedy, thrillers, romance, history and more. Notable presenters listed are Tim O’Brien, author of The Things They Carried; Dan Pipenbring, co-author of Prince’s bestseller The Beautiful Ones; author and Emmy-winning director Jeffery Blount; renowned mystery writer, Deborah Crombie; acclaimed music manager, producer, writer and activist Alan Leeds; season 7 winner of Master Chef Shaun O’Neale; historians Elizabeth Varon and William C. Davis; and this is only the beginning of a long-line of credited industry professionals.

Various workshops will be held during the festival, creating a space for people of all interests to participate. Cooking workshops led by the authors of My Modern American Table, Rage Baking and Perfectly Golden will be on site, as well as workshops in humor writing and crafting past grief/end of life preparation.

Besides panelists and discussions, family-friendly events taking place throughout the weekend include: The Wind in the Willows, a production of the Arkansas Arts Center; Poetry in the Park by House of Art; a Teen Poetry Competition; and the annual Author! Author! Author! party. A full list of events will be posted on April 1.

For more information regarding 2020 events, past festivals, news and updates or sponsors, visit cals.org/six-bridges-book-festival.

The Oxford-American Concert Series at South on Main begins tonight 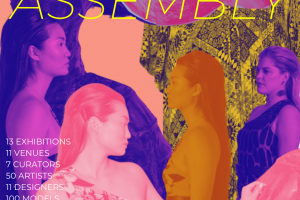 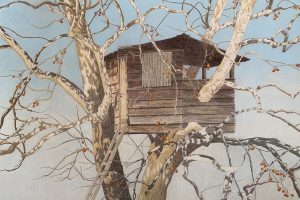