Eric Shonkwiler is an extensive nomad, having lived and worked in every contiguous U.S. time zone, and finding himself on the road as often as not. He is the author of the critically acclaimed debut novel, Above All Men, released in March from MG Press.

Shonkwiler’s writing has appeared in Los Angeles Review of Books, The Millions, Fiddleblack, [PANK] Magazine, Midwestern Gothic, and elsewhere. He received his MFA in Fiction from University of California-Riverside where he was the recipient of the Chancellor’s Distinguished Fellowship Award, and is the Regional Editor for Los Angeles Review of Books, as well as a former reader for [PANK] and former Editor-in-Chief for CRATE: The Literary Journal of UCR. 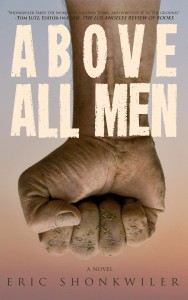 We asked Schuler Benson, author of The Poor Man’s Guide to an Affordable, Painless Suicide and occasional Idle Class contributor, to chat with Shonkwiler. Here’s what they had to say:

SCHULER BENSON: Your debut novel, Above All Men, was released in March by MG Press. Tell us a little about the book.

ERIC SHONKWILER: By now, there’s a well-worn pathway in my brain that, when prodded, makes me say, regardless of distraction, “Above All Men is the story of David Parrish, a war veteran and farmer who’s trying to keep his family and farm together in the wake of the economic collapse of America.” You could shoot me out of a cannon, and I’d still get that sentence out before I hit the wall.

SB: The book’s received stellar reviews across the board, was chosen as a 2014 Midwest Connections Pick by the Midwest Independent Booksellers Association, and is looking to be a strong contender for this year’s best debut novel awards nominations. It seems like there’s sometimes a disconnect between the promotional/review materials’ praise and what the author’s favorite aspects of his own work are. If no one knew about the book’s accolades and hadn’t seen the accompanying promotional materials, what would you want to tell them about the plot?

ES: This is a nice question—and I think I’m going to twist it off-course a little. The thing that AAM became, the thing it is now, is so vastly different from what it was in my head at the start. There’s first drafts, and then there’s final drafts, and then there’s what the people see at the end. Each version might be a good book, but what you’re selling is that complete package, the book wrapped up at the end. A writer gives up on what he thinks his book ought to be somewhere between that first and final draft, and I think the same likely happens again when it finally winds up in people’s hands. This is a long way of saying that, if you stripped me of the whole publication experience, I’d probably tell you something quite different than the answer to your first question.

SB: McCarthy references in reviews of your work abound, and you’re open about how big of a role he’s played in helping you craft your style. But there’s undeniably another—I’d say more grounded—aspect to your writing. Tell us a bit about your other influences. Do you feel like you get as much inspiration from music, movies, or stories told in other media as you do from other writers?

ES: There are two classes of influences, I think. Other writers, other books, they inevitably form the main of your work, at least at the beginning. But everything else, all the music you listen to, the movies you watch, that’s likely where your embellishments come in. I get a great deal of inspiration from those sources. More than I do books, I’d wager. Right now, I’m feeding off Nick Cave a lot. Guy tells killer stories. I recently finished Deadwood, and I would sacrifice a body part to get another season of that show.

SB: I saw a quote once, and I think you may have shared it, that said something to the effect of, “Writing a novel is like telling a joke and waiting a year to see if anyone got the punchline.” We’re not a year out yet, but how’s the general reaction to Above All Men working for you? The other side of that coin is that by the time these people read and digest your work, you’ve already moved on to create new things. What’s on your slate right now? What’s coming up, and is there anything in progress, writing-wise?

ES: The reaction to AAM has been very positive, and that’s great. I’d like it to reach about ten or a hundred times as many people—or you know, go ahead and smash all records—but considering I was starting from the ground-level, and don’t mind doing some footwork, I’m pretty happy.

That’s very true, about moving on. There were times that I was editing AAM, or having to do something for it after it came out, that I really wanted to get back to my second book. And, similarly, finishing that second book, I began chafing to start a third. That’s where I’m at now, finishing touches on #2 and just beginning to crack open #3.

SB: You’ve done some pretty extensive touring behind Above All Men. Tell us a bit about the road life. Is it a necessary evil, or is it in your bones at this point? Do you intend to continue to promote future efforts with touring? Do you meet other writers on the road?

ES: Traveling has been a love of mine for a while. The tour feeds that. If I didn’t love the road like I do, I imagine it’d be pretty insufferable. But there’s something about the first hundred miles of a long trip—you can’t beat it. I’d be happy to tour for all of my books. The day I don’t want to see a road is likely the day I’m on my way out.

Meeting other writers, especially ones I wasn’t familiar with before, or only knew through the internet, is one of the many perks.

SB: What are a few of your passions outside of writing and outside of art? No music, no books, no films.

ES: I don’t have many passions outside of art. I don’t have that many passions including art—writing and reading, music, movies, they’re all rolled up into one ball, and writing takes up a lot of time. Traveling, as I said above, is something I love. I like to camp out. I like thinking about cosmology, and things on the leading edge of physics. I pose myself thought experiments, like: “Imagine the consciousness of a fourth-dimensional being.” (As far as I can reckon, you wouldn’t be able to relate to its consciousness—it wouldn’t have one we’d recognize.) So, you know, your average sort of hobbies. 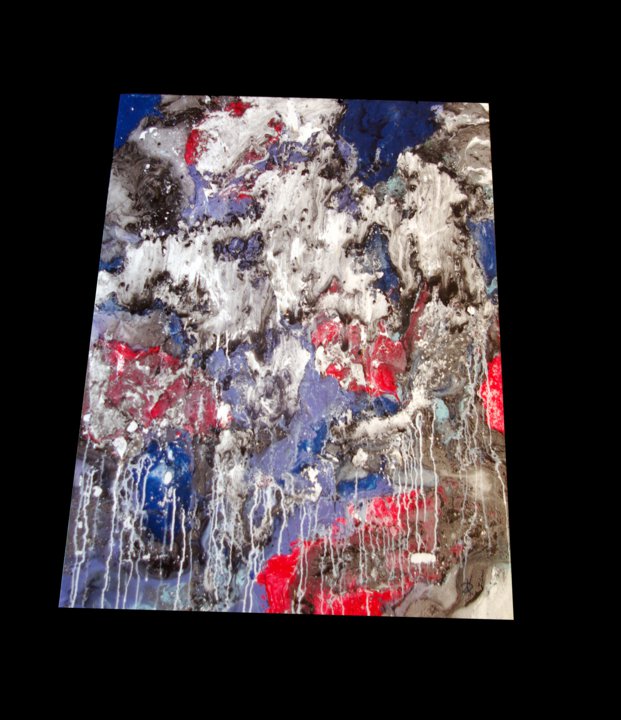