After the second day of the festival offered a mixed bag of films, I’m glad to report that day three offered this critic three high quality pieces of cinema. First up was Dan Krauss’s disturbing and heartbreaking documentary The Kill Team. In the waning days of the Afghan war, a small platoon of soldiers were accused and convicted of murdering and desecrating the bodies of three innocent Afghani civilians. Krauss lets a few of these soldiers give their own accounts of how they became a part of the now notorious “Kill Team.” At the same time, we watch the legal troubles of the soldier who attempted to blow the lid off the kill team only to be charged with first-degree murder upon arriving home. Krauss’s film is brutal and somewhat unsatisfying for those seeking definitive blame and closure to this dark chapter of American military history, but serves as a stark reminder of the insular echo chamber of hyper-masculinity that the military can engender.

The next film of the day was a huge change of pace from The Kill Team, but was to without its own charms. Zero Charisma, the debut feature from directing duo Katie Graham and Andrew Matthews, is a dark comedy in the vein of Jody Hill that skewers nerd culture and the ever growing myth of the “real nerd.” Scott (Sam Eidson in a great comic performance) is an abrasive, unpleasant know it all and game master of his own long-running fantasy role-playing game. After his game welcomes a new player who is both a match for Scott’s knowledge and a handsome, well-adjusted adult with a beautiful girlfriend, Scott’s defensiveness begins to alienate everyone around him and send him into a spiral of self-destruction. Zero Charisma’s narrative can get a bit shaggy and unfocused at times and its lead character borders on irredeemably unlikable, but this dark comedy is likely to find a devoted audience thanks to its attention to the minutiae of nerd culture and a fearless lead performance. Overall, a solid entry from the young duo.

The final film of the day ended things on a quiet, lovely note. Josh Barrett and Marc Menchaca’s lyrical This is Where We Live follows the Sutton family, a small town Texas struggling with both a severely cerebral palsy afflicted son, August (Tobias Segal), and a patriarch slipping into dementia. After a local handyman, Noah (Marc Menchaca), builds a ramp for the family, he is hired to spend time with August, forging a friendship between the two men that causes strife in the family and reveals the troubled past that haunts Noah.

The film’s story is somewhat circuitous and bogged down with half developed characters and subplots, especially in the second half which gives way to too many clichés and plot conveniences, but the film has such a lovely and vibrant sense of place and character that such narrative issues never derail the film. Special mention should go the main duo of Noah and August, whose performances carry the film. Their every moment together is powerful and effectively handled. Were the rest of the film to maintain the potency of these moments, we’d have a truly great film on our hands. As it stands, This is Where We Live is a decidedly good film; imperfect but lovely and utterly charming. 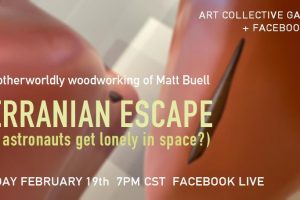