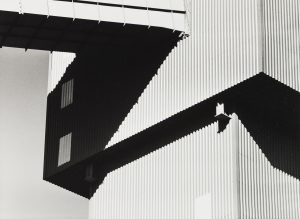 The exhibition showcases the artist’s generous bequest of more than 700 of his original photographic prints to the Arkansas Arts Center. The exhibition features 25 large black and white photographic prints by Davis, revealing his gift for choosing distinctive subjects and looking at them as no one else would. This acquisition is a major addition to the Arts Center’s already strong collection of work by Arkansas photographers.

William E. Davis (1918 – 2016) was a native of Little Rock who passed away on February 13, 2016, after a distinguished and varied career in photography. He and his late wife, Jodi Simon Davis, lived in a Victorian house near the Arkansas Arts Center. The house is now being restored to its former glory. After his serving as a fighter pilot in World War II, Davis apprenticed with a Little Rock photographer and attended the Southwest Photo-Arts Institute in Dallas. Davis became a commercial photographer, and worked as personal photographer to Arkansas Governor Winthrop Rockefeller for many years. He also taught photography at the University of Arkansas Graduate Center. 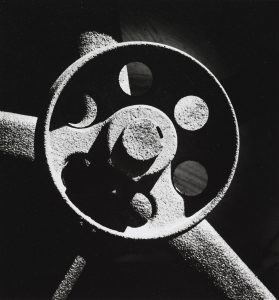 Beginning in 1983, Davis worked with the portrait photographer Greer Lyle to arrange photography workshops in Arkansas. This led Davis to start doing fine art photography to reflect his own unique vision. He was inspired by the clean, precise aesthetic of such West Coast photographers as Ansel Adams and Edward Weston.

Davis traveled widely in New Mexico, California, Washington State, and other western states. But his home state figures most importantly in the Arkansan’s work. He photographed landscapes, barns, houses, fences, cotton gins, and farm machinery from a unique, often very close up, perspective. Some of his images are such tightly cropped and strongly magnified views of such tiny details that the viewer is hard pressed to figure out what the photographer was actually looking at. An unsuspected world of beauty may lurk in a few inches of peeling enamel, a broken window, or a battered section of corrugated metal. No matter the subject, Davis’s distinctive, often humorous, point of view shines through.

Seeing the Essence: Photographs by William E. Davis is organized by the Arkansas Arts Center with support from Dr. Charles and Jennie Cole, June and Edmond W. Freeman and the William E. Davis Estate.

Related Programming
A series of lectures and events exploring photography will accompany Seeing the Essence: Photographs by William E. Davis and Ansel Adams: Early Works, both on display through April 16, 2017.

Art After Hours
Thursday, February 9, 5:30 p.m.
Photography students from the University of Arkansas at Little Rock will give a gallery talk, examining the work of Ansel Adams.Townsend Wolfe Galleries. Free for members, $10 non-members.