The Windgate Center of Art + Design has a new exhibition up by Arthur Hash, and it portrays everyday items as identity shapers.

“The Daily Carry In A Post Digital Age” shows items that people don’t necessarily see or pay mind to, such as good luck charms, river stones, small folding knives and more, according to a press release. 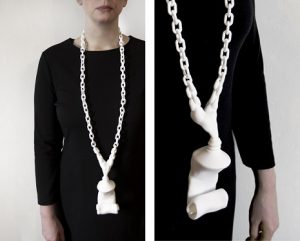 methods. As an assistant professor in the jewelry and metalsmithing department at the Rhode Island School of Design, he has been teaching 3-D modeling and printing for over a decade and is an advocate for the processes and technologies.

“The Daily Carry In A Post Digital Age” is on display through April 1 in the small gallery on Level 1. The Windgate Center will host an artist talk at 5:30 p.m. April 19 in WCAD 101.