The Momentary is operating at a reduced capacity with staff monitoring upon entry and exit to ensure proper distancing is taking place. Timed ticket reservations are not required. Read more about safety measures in place HERE.

“We are excited to continue our second year with a new outdoor installation and presentation of three solo visual art exhibitions that will offer new perspectives and conversations to our community,” said Lieven Bertels, director of the Momentary. “Whether the artists are familiar to our visitors or completely unknown, they will be able to discover a new work responding to the past and present by Abigail DeVille, enjoy a multimedia exhibition that draws from Afrofuturism, science fiction, and experimental cinema by Cauleen Smith, explore race, class, social justice, and more through a multi-film installation by Garrett Bradley, and dive deeper into Kenny Rivero’s practice and themes that have been present in his work for the past decade.”

In response to history and to the present, Abigail DeVille’s newly commissioned public work, Light of Freedom, will be installed outdoors at the Momentary. The project is a 13-foot-tall reference to the Statue of Liberty’s torch encased in scaffolding and filled with found objects.

In Light of Freedom, DeVille reflects the despair and exultation of this turbulent period of pandemic and protest. She recognizes and hallows the earliest enslaved Africans who were brought to New Amsterdam, critiques the promise of American liberty through the arm and torch of the Statue of Liberty that were installed in Madison Square Park from 1876-1882, and summons the current Black Lives Matter movement as the sources for the work.

Abigail DeVille’s Light of Freedom was commissioned by Madison Square Park Conservancy, New York and organized by Brooke Kamin Rapaport and Tom Reidy. Following its time at the Momentary, Light of Freedom will be on view at Hirshhorn Museum and Sculpture Garden, Washington, DC (October 15, 2021 – April 17, 2022). 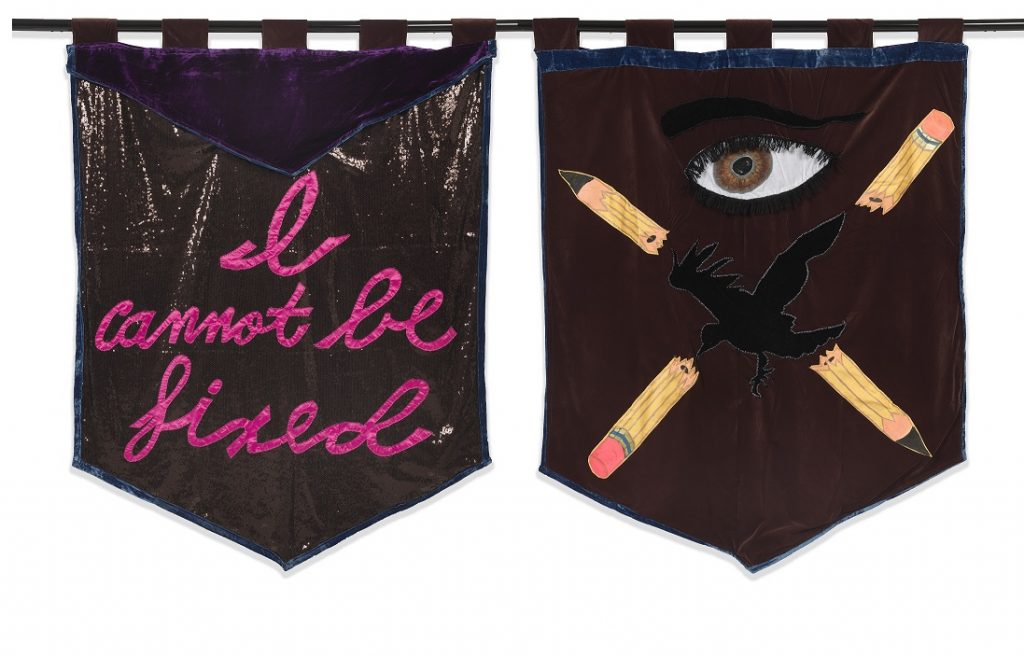 In Sojourner, Smith reimagines Noah Purifoy’s Outdoor Desert Art Museum in Joshua Tree, California as a radical feminist utopia. While paying homage to abolitionist Sojourner Truth’s contributions to the legacy of Black feminist traditions, the title refers to the spiritual journey the women in the film embark upon. Pilgrim traces the artist’s pilgrimage to three historic sites of radical hospitality, or places that have offered hospitality in an unexpected way: Alice Coltrane’s Turiyasangitananda Vedantic Center in Agoura, California, Watts Towers in Los Angeles, and the Watervliet Shaker community of Black spiritual activist Rebecca Cox Jackson in upstate New York.

Exploring themes of feminism, queerness, spirituality, Black culture, time, space, history, and more through research-based works, the immersive world of Cauleen Smith: Space Station, Radiant behind the Sun encourages its viewers to transcend the present, reimagining a future built on generosity and community as explored in her films.

Cauleen Smith is an interdisciplinary artist whose work reflects upon the everyday possibilities of the imagination. Her films, objects, and installations have been featured in numerous group exhibitions, including those at the Whitney Museum of American Art; Studio Museum in Harlem; the Contemporary Arts Museum Houston; the Yerba Buena Center for the Arts, San Francisco; the 2017 Whitney Biennial; Prospect.4: The Lotus in Spite of the Swamp, New Orleans; the New Museum, New York; D21, Leipzig; and Decad, Berlin. Smith has had solo shows of films and installations at The Kitchen, New York; the Museum of Contemporary Art Chicago; the Art Institute of Chicago; and Threewalls, Chicago. Smith is based in Chicago and serves as faculty for the Vermont College of Fine Arts low-residency MFA program.

Cauleen Smith: Space Station, Radiant behind the Sun will be on view in the Lobby Gallery at the Momentary. The exhibition is organized by the Momentary and curated by Glenn. 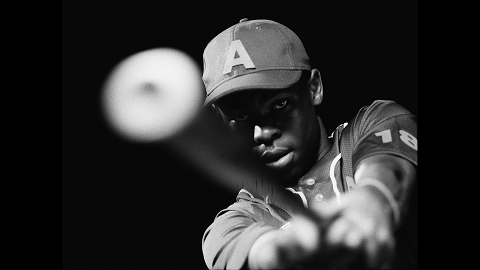 New Orleans-based artist and filmmaker Garrett Bradley works across narrative, documentary, and experimental modes of filmmaking to explore the social, economic, and racial politics of everyday life. Garrett Bradley: American Rhapsody features a selection of three recent works by the artist—two single-channel videos and a multi-channel video installation—America (2019), AKA (2019), and Alone (2017).

In America, a multi-channel video installation, Bradley constructs a visual archive of early African American cinema, mixing found footage from Lime Kiln Club Field Day (the earliest-known film with an all-Black cast) and newly shot performances by non-trained actors of present-day slices of life. These pleasant visuals challenge its audience to consider what it might mean to see Black representation through a lens that privileges depictions of pleasure over spectacles of pain. AKA is the first in a trilogy of films about relationships between mothers and daughters born into interracial families or families of varying skin tones, exploring identity. The documentary short Alone follows the artist’s friend, Aloné Watts, as she navigates the intentionally complex US prison system.

In these films, Bradley explores concepts of race, class, familial relationships, social justice, southern culture, and US film history. As the frames come together to tell a narrative, mundane and ordinary life events become images of beauty and reverence, connecting the dots from past to present and offering a new vision for the future.

“Garrett Bradley is a brilliant storyteller, and we are excited to feature a dynamic trio of her films at the Momentary,” said Kaitlin Garcia-Maestas, assistant curator at the Momentary. “Among many things, Bradley is going to expand our visitors’ awareness of the history of American film, while also, presenting new opportunities for visitor engagement in a gallery setting.”

Garrett Bradley’s short films and feature-length projects have been exhibited internationally at museums and festivals including the Museum of Modern Art, New York; New Museum, New York; New Orleans Museum of Art, Louisiana; Whitney Biennial 2019, Whitney Museum of American Art, New York; The J. Paul Getty Museum, Los Angeles; The Sundance Film Festival, Park City, Utah; The Tribeca Film Festival, New York, among many others. Bradley has received numerous awards and honors. For her documentary film Time, she won the 2020 US Documentary Directing Award by the Sundance Film Festival, becoming the first African American woman to win in the category, and the 2020 Gotham Independent Film Award for Best Documentary. She also received a 2019-20 Rome Prize from the American Academy in Rome, Italy.

Garrett Bradley: American Rhapsody will be on view in Gallery 2 and Gallery 3 at the Momentary. The exhibition is organized by Contemporary Arts Museum Houston (CAMH) and curated by Rebecca Matalon, CAMH Curator. Organized for the Momentary by Garcia-Maestas.

Kenny Rivero: The Floor Is Crooked
July 10 through Oct. 24 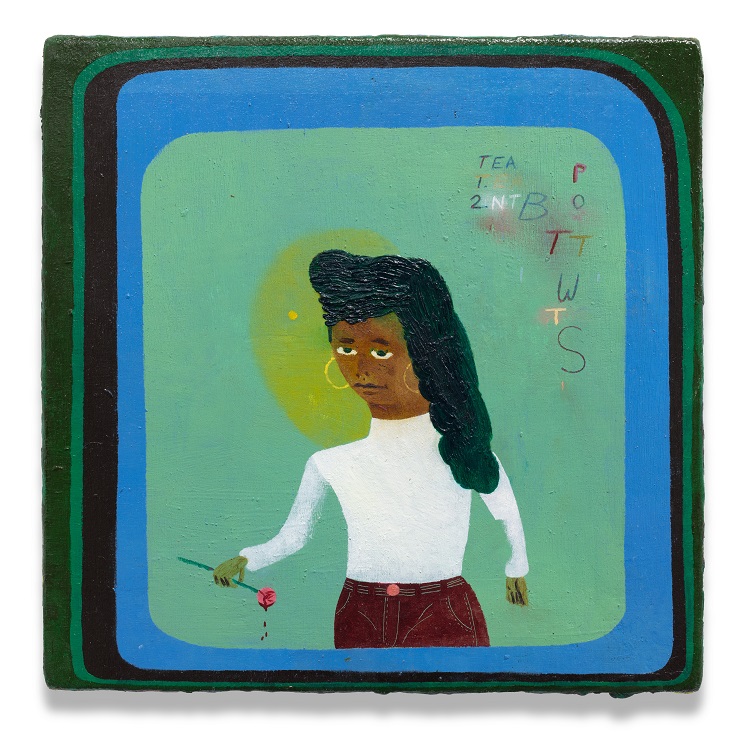 New York City-based painter Kenny Rivero presents The Floor Is Crooked, a solo exhibition of drawings, paintings, and sculptures that focuses on works made over the last 10 years. This exhibition is intended to be an investigation of Rivero’s artistic practice and a focused look at themes that have been present in his work for the last decade.

Through his practice, Rivero aims to deconstruct histories and identities he’s been conditioned to accept as absolute. As the artist states, “through the lens of my evolving relationship to fear, love, death, intimacy, violence, power, and aloneness, my work addresses themes of Dominican and American identity, Afro-Caribbean symbologies, socio-geographic solidarity, cultural and familial expectations, race, and masculinity.”

“Rivero’s work over the past 10 years has addressed complicated themes around history, identity, and more, so being able to see this vast scope of works and themes together in the Momentary’s galleries will be a fantastic opportunity for our visitors to learn more about Rivero, his work, and our current moment,” said Lauren Haynes, director of artist initiatives and curator, contemporary art at the Momentary and Crystal Bridges.

Kenny Rivero received his Bachelor of Fine Arts from the School of Visual Arts in New York and his Master of Fine Arts at Yale University in New Haven, Connecticut. He also studied at the Skowhegan School of Painting and Sculpture in Maine. He is the recipient of a Doonesbury Award, the Robert Schoelkopf Memorial Travel Grant, the Rema Hort Mann Foundation Emerging Artist Grant, the Joan Mitchell Foundation Painters & Sculptors Grant, and has been awarded a Visiting Scholar position at New York University. He has exhibited his work in the United States and abroad in venues such as Brattleboro Museum & Art Center in Vermont, Pera Museum in Turkey, the Stedelijk Museum in the Netherlands, the Contemporary Art Museum in St Louis, the Pérez Art Museum in Miami, The Sugar Hill Children’s Museum of Art and Storytelling in New York, El Museo del Barrio in New York, and the Delaware Contemporary in Wilmington. Kenny Rivero’s work is represented in notable public collections including The Studio Museum in Harlem, New York; El Museo del Barrio, New York; The Whitney Museum of American Art, New York; Collection of Thomas J. Watson Library, The Metropolitan Museum of Art, New York; and Pérez Art Museum Miami, Florida.

Kenny Rivero: The Floor Is Crooked is organized by the Momentary and curated by Haynes.