Film has played a major role for Kristin Mann since her childhood in central Arkansas. At four-years-old, the desire to work in movies burned strong within her and has never wavered. After graduating from the University of Central Arkansas, she bounced from NYC to LA, where she stayed before moving back to Arkansas four years ago to work as a production coordinator for local commercials.

Her creative break came when she signed on with the Miller Brothers to produce their critically acclaimed short film Pillow. After this she landed a gig in the props department for Jeff Nichols’ Mud in fall 2011. Just before the film wrapped, she had an impromptu interview with the producer Sarah Green, who later offered her a job in Austin, TX. Kristin quickly moved up to Associate Producer and is currently helping Nichols with his next project.

Unlike a writer or director, the role of producer is often puzzling to those uninitiated in the world of movie jargon. As Kristin points out, it’s a very broad job that shifts depending upon the project or the person. Some producers start early to help raise funds and guide the film through the entire process. Others help the director creatively or get the pre-production process started before handing things off to a production manager during filming. Kristin finds the daily challenges of production rewarding. Day to day work includes budget management, handling legal issues, and even pursuing distribution. However, Kristin feels that one role rises above all other duties of a producer.

“The most important role of a producer, I think, should be to create an environment in which the director feels safe and free to be creative and do what he does best,” she says. “Making a film is incredibly stressful, and a producer should do everything they can to protect the director from that so that it doesn’t negatively affect his/her creative process.”

One of the most important lessons she has learned is how to manage people. Given the diverse personalities and opinions on a set, she believes producers should choose their battles wisely and speak up when it can add value to the conversation. “Otherwise,” she says, “listening is usually more important and can get you further than you might think.”

Although she is content in her current role, she plans to move into line producing and eventually producing her own features once she finds inspiring material. However, she adds, “I wouldn’t complain if I got to help make films with Sarah Green and Jeff Nichols the rest of my life either.”

CHECK OUT THE MILLER BROTHERS’ PILLOW: 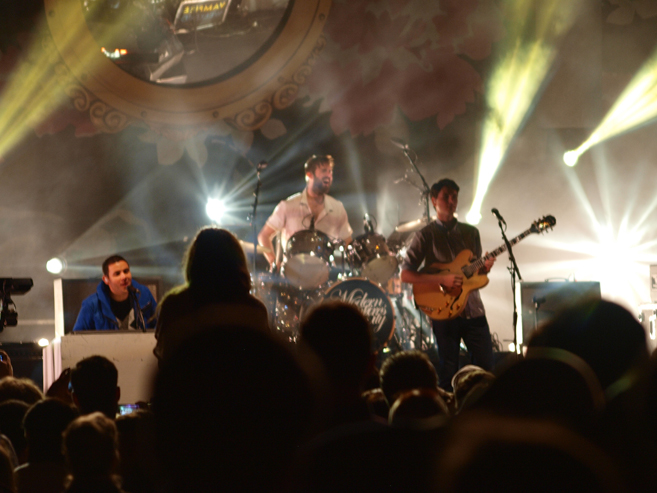