The University of Central Arkansas College of Arts, Humanities, and Social Sciences (CAHSS) will host Atlanta-based Core Dance and Little Rock Central High School’s The Writeous Poets for two public performances Thursday, Oct. 22, as part of its Suffrage Centennial celebration. All events will take place outside in Alumni Circle on the UCA campus. In the event of inclement weather, the performances will take place in Reynolds Performance Hall on the UCA campus.

This is an in-person, socially distanced event with performances at 7 p.m. and 8:30 p.m.

Core Dance will premiere a new work prompted by six artworks in the Crystal Bridges Museum of American Arts’ collection, ranging from the 19th to the late 20th century, which depict women prior, during and after the suffrage era. Core Artistic Director Sue Schroeder selected the artwork to reflect the dignity, intelligence and potential of women.

“I strive to emulate through embodied movement the multiple layers of artistic expression by researching the processes of the artists and that of the curators,” said Schroeder. “Rather than simply commenting on the art itself, I try to place myself into their process. Diving deeply into the journey to and since the passage of the 19th Amendment, the creation of ‘Nevertheless, She Persists,’ through its wide array of collaborators, reveals beauty, strength, power and resolve. The journey is hard won and continues. And as artists, we point the way.”

All events are free and open to the public. Social distancing will be strictly enforced during live events, and masks will be required. Staff volunteers will be on hand to provide masks, assist attendees and sanitize seats and contact points between performances. Those who would prefer to attend the UCA events virtually may watch a livestream on the CAHSS Facebook page.

In addition to the on-campus events at UCA, on Monday, Nov. 9, at 6 p.m. (CST), Crystal Bridges Museum of American Art will broadcast a pre-recorded performance of “Nevertheless, She Persists” via Zoom. The recording, created inside the museum’s galleries, will also showcase the artwork that inspired the performance. The virtual event will include a live Q&A session with Sue Schroeder and Mindy Besaw, Crystal Bridges Curator, American Art and Director of Fellowships and Research. Login details for the Zoom performance will be announced in the coming weeks on the museum’s Facebook page and on the CAHSS Suffrage Centennial website. 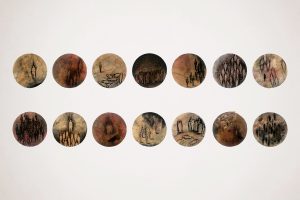 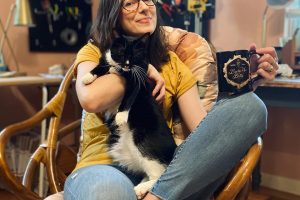 Putting a stamp on it with Bang-Up Betty 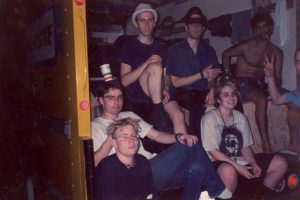 One man’s role in introducing punk rock to the south