Living in seclusion can drive a person mad. Even more so when seclusion consists of a cover of darkness and no one to offer a light. But after spending so much time in the dark, it’s hard to imagine how it ever seemed so frightening. When your eyes finally adjust, shapes start to form and the scariest of things seem laughable.  And even though eyes can adjust in the dark and the scary shapes in the corners always turn out to be a lamp on the dresser or a bathrobe hanging on the door, in the end you’re still stuck in the dark alone. And in these moments spent alone, one really finds out what they’re made of.

Most of ’08 was spent locked up in a house in the middle of the country with a roommate that would rather spend her time with her psychotic bar-hopping new friends than talk to her saddened and self-obsessed friend of thirteen years. It was enough to cause the tears that never seemed to fall at night. Her incapability to cry only convinced her more that she was cold, strong, and no longer was in need of anyone else.  She sought out love in every other broken person’s heart and tended to fall for those that held a deep hatred for themselves. This sort of thing made her feel connected to the world when every happy person skipping on the sidewalks outside her lonely house only looked like shadows of a phony idea that was presented to mankind at the beginning of time. She was convinced the human race still clung to this fake idea of happiness only to make themselves seem better than their fellow species. When she got tired of faking the smiles, she began to resent them. No one is really happy. People only settle.

She related to people who also saw themselves as being unfit for the world. These were the same people that were willing to mask their pain every night after 11:00 pm in the sketchy bars that outlined the town. The same people that would drink themselves into a stupor until they finally felt comfortable in their own skin and in the spotlight of those around them. These nights not only made up some of the best in her life, but they also helped her to fall asleep by herself every time the lights went out and her eyes closed.

At 11:04 p.m. the phone rings. She sees it’s her friends and decides to finally change out of the pajamas she’s been wearing around her house all day. Every time they call it’s never a question of whether she’s busy or not or even wants to go out and do something. It’s much simpler than that.

“Sure thing. See you then.”

She arrives to a pitcher and three glass mugs. They fill hers up, grab some darts, and pretend to care about who is winning. After the game, they move into another room where one of their friends sees some people he knows. Introductions are made and they all take a seat and pour another glass of that liquid her mouth has learned to crave. The topic of conversation is circus peanuts. She hates them and therefore makes no attempt at participating in the conversation. This happens so often she’s convinced she can only talk about three subjects; television, Frank Zappa, and history. And once people are bored with television talk, they move on to other interesting things. No one cares about the biography of Frank Zappa and no one wants to hear her babble on about how America’s dependence was actually declared on July 2, 1776 rather than the 4th or that the Declaration of Independence was actually signed on August 2nd and that the only reason we celebrate Independence Day on the 4th is because Thomas Jefferson got Congress to adopt the same declaration with more artsy fartsy words that day. People are complicated enough to be interested in complicated history.

She zones back into the conversation about the time that her friends decide to head to another bar for karaoke. As she stands up and pushes in her chair, her lightweight of a friend loses control and falls over her chair and into a new friend’s lap. Everyone laughs off the awkward situation and the night is assumed to only get better.

Outside it’s raining. Nothing beats the feeling of inebriation and rainfall. It’s the only time girls don’t care if their hair no longer looks hair-sprayed perfect or if their make-up begins to drip off of their face. Intoxicated people will almost always play in the rain. She stands outside the bar waiting for her friends to catch up and stares straight up into the black sky with water pouring down her face. She wants to open her eyes to see who’s in charge of dropping these buckets of water on the earth, but every time she tries the water only smacks her in the face. She decides, in her drunken state, next time I’ll wear goggles.

Her friends reach her and laugh at their completely drenched pal. They run over to the next bar and can already hear some tone-deaf man completely butchering David Bowie’s “Heroes”. As they enter the bar she heads straight to the book of songs for karaoke while her friends hit up the bar for more booze. She chooses her song as they return and place a plastic cup full of magical goodness in her hand. She drinks and drinks until her name is called. She hands her beer to her friends and in her soaking wet clothes climbs on stage where dim blue lighting spotlights her and Morrissey’s “Suedehead” starts playing. She has the attention of the few locals that made it out on this Wednesday night along with her friends. Her mood as well as her friends’ has shifted from drunken joy to a drunken sadness. Even the audience can sense the sadness, but what is the world but a few sad songs. Her friends look at each other and say “Cheers”  as they knock their plastic cups together spilling beer over the edges and onto their shoes. They have learned to enjoy every minute of their sadness.

They walk back to the place where they work during the day and pass time until they dry out at night. As they sit on the couches all staring at one another and laughing at the memories they have just created in each other’s minds, she can’t help but reflect on all the times they stayed up so late locked inside that coffee shop just to get a better glimpse of the people they really were without all the bright lights and alcohol in their system. It was in these moments, while sitting in the dark and regaining her staid composure, that she realized what she was made of.

Drunk nights, loneliness, and an inkling of hope. 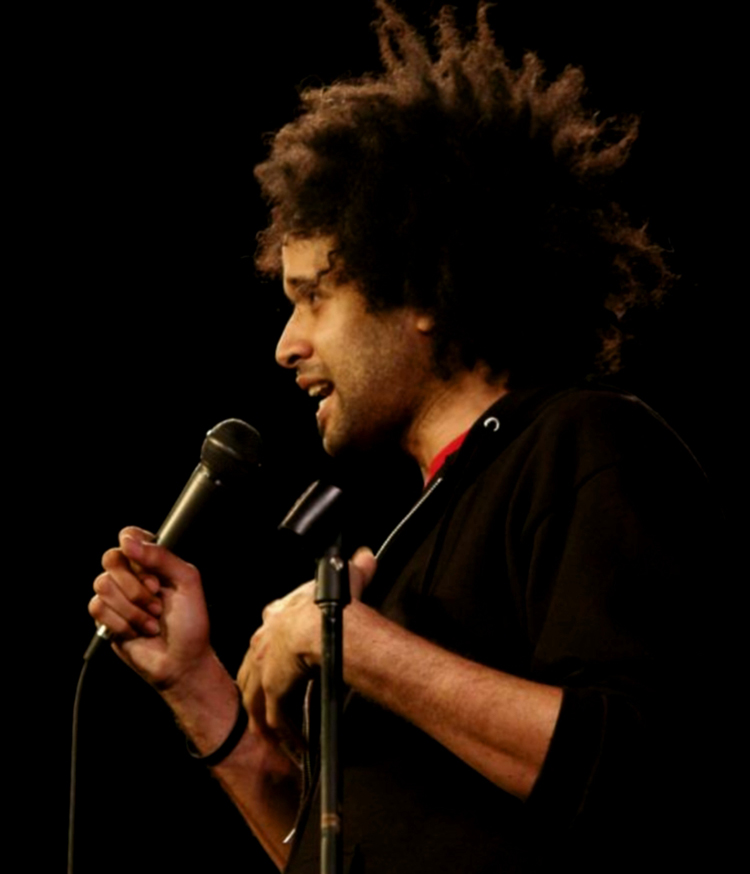 A few words with Sherman Edwards