The Writers’ Colony at Dairy Hollow (WCDH) is pleased to announce the transformation of its Muse 1 writers’ suite into the Zeek Taylor suite in honor of the local artist and author.

The effort was coordinated by WCDH Board Member and artist Teresa Pelliccio DeVito who has donated her time, working with the sponsors, to refurbish five of the colony’s eight suites. She said, “There is something very nurturing about giving these suites my heart and soul. Each one is unique and has a story, about the past and the present. Being a part of that story inspires me, and my greatest hope is that, in turn, it inspires the writers.” Zeek agreed stating, “Even though I do consider myself a writer, I am best known as a visual artist. I like to think that I create stories with paint. I hope that my artwork that is in the suite inspires creativity whether it be in prose, poetry, music, or the visual arts. I believe that no matter the artistic discipline, creativity is contagious.” 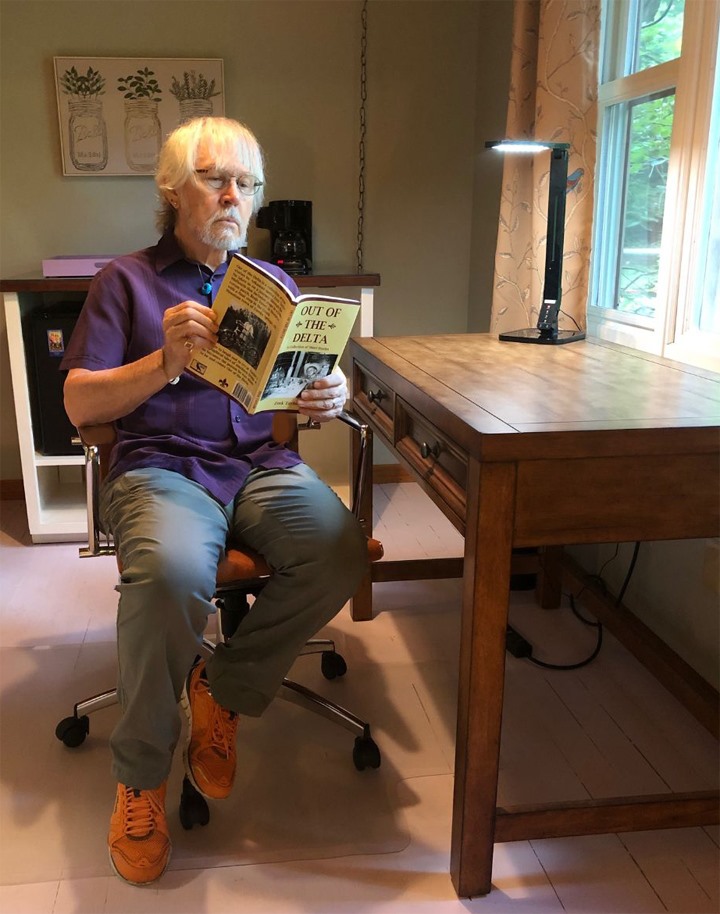 WCDH Executive Director, Michelle Hannon said, “Teresa and Zeek created a beautiful synergy together. This is a special, distinctive suite now that reflects them both. It’s so vibrant and fun.” Zeek explained, “We have similar tastes, and that made the remodel a breeze. We soon realized we are kindred spirits and working with Teresa was a true joy. She captured my essence in the creation of the suite.” Teresa added, “Zeek and I are both southerners and gentle souls. It was like doing a project with a best friend. Upon our preliminary meeting, Zeek gave me swatches of some of his favorite colors. A natural thing for an artist to do, right? It gave me a wonderful jumping-off point. I used them all.

The Writers’ Colony would like to thank Marcia “Chou Chou” Yearsley, KJ Zumwalt, and the other sponsors of the new Zeek Taylor Suite. Zeek added, “Not in my wildest dreams did I ever think that I would receive the great honor of having a suite named after me. I am deeply thankful and touched by the love and support of the friends who surprised me with this honor and sponsored the renovation of the suite.” Asked what motivated the sponsors to choose Zeek as the namesake for the newly refreshed suite, Marcia described Zeek as, “an Arkansas native who writes about his delta childhood, and an award-winning artist, a published author and beloved painter who resides and creates in Eureka Springs – I consider him a treasure.”

WCDH Board President, Peggy Kjelgaard, had the vision to commemorate 20 years of hosting writers by refreshing and refurbishing the colony’s writers’ suites. Her vision was realized through a Sponsor-a-Suite campaign that began in July 2019. Before The Writers’ Colony shut down in March due to COVID, Spring Garden, Peach Blossom, Muse 4, and Muse 3 were transformed into the Maya Angelou, Langston Hughes, Diana Rivers, and Marianne Moore suites. The colony re-opened in May with strict COVID protocols and reduced occupancy, enabling better physical distancing between residents and staff. It also allowed for suite updates without disturbing writers-in-residence or blocking off suites that would otherwise be occupied.

Updates to the remaining three Writers’ Colony suites have been funded. The Culinary, Muse 2, and Dupps Den suites are in process of becoming the Dragonwagon/Zolotow, Margaret Wise Brown, and the Dupps Den Writers suite.