+
Artist- and chef-led Fayetteville Roots Festival is set to return for its 11th year with another musical and culinary celebration. Taking place Aug. 26 through Aug. 30, this intimate festival showcases nationally recognized musicians and chefs alongside the exquisite musical and culinary mavens of the Ozarks. Artists will perform at various venues over the five-day event, including the Fayetteville Town Center on the Historic Downtown Square, George’s Majestic Lounge, and Pratt Place Inn and Barn, according to a press release. In addition to the music, the chefs of the festival will offer culinary creations with locally sourced ingredients, focusing on and supporting regional farmers, chefs and restaurants.
Roots Festival’s urban setting, artists, and chefs embody what makes the Fayetteville and Northwest Arkansas communities a beloved region and fast growing cultural hotspot. The diverse range of music includes the genres like Folk, Americana, Blues, Bluegrass, Jazz, Country, Mardi Gras Indian funk and more. This wide array of musical taste and style exposes festival-goers to sounds rooted in American music culture. The musical lineup features Grammy-nominated artists, Bettye LaVette, Madison Cunningham and Hayes Carll and returning artists such as Shovels & Rope, Mandolin Orange, Peter Rowan, American Aquarium, and Iris Dement.
Bernice and Bryan Hembree, the married duo of Smokey & the Mirror and co-founders of Fayetteville Roots Festival, will also perform at the festival. Smokey & The Mirror released two albums in 2019, and the duo continues to trail-blaze not only for their own brand but also advocate and promote other artists by placing them in the spotlight through Fayetteville Roots Festival. Click here to listen to the Roots Fest Spotify playlist, which includes favorites from each band playing at Fayetteville Roots Festival this year. For ticket information, visit the Roots Fest website
*Late Night Shows and Culinary Lineup will be released at a later date. 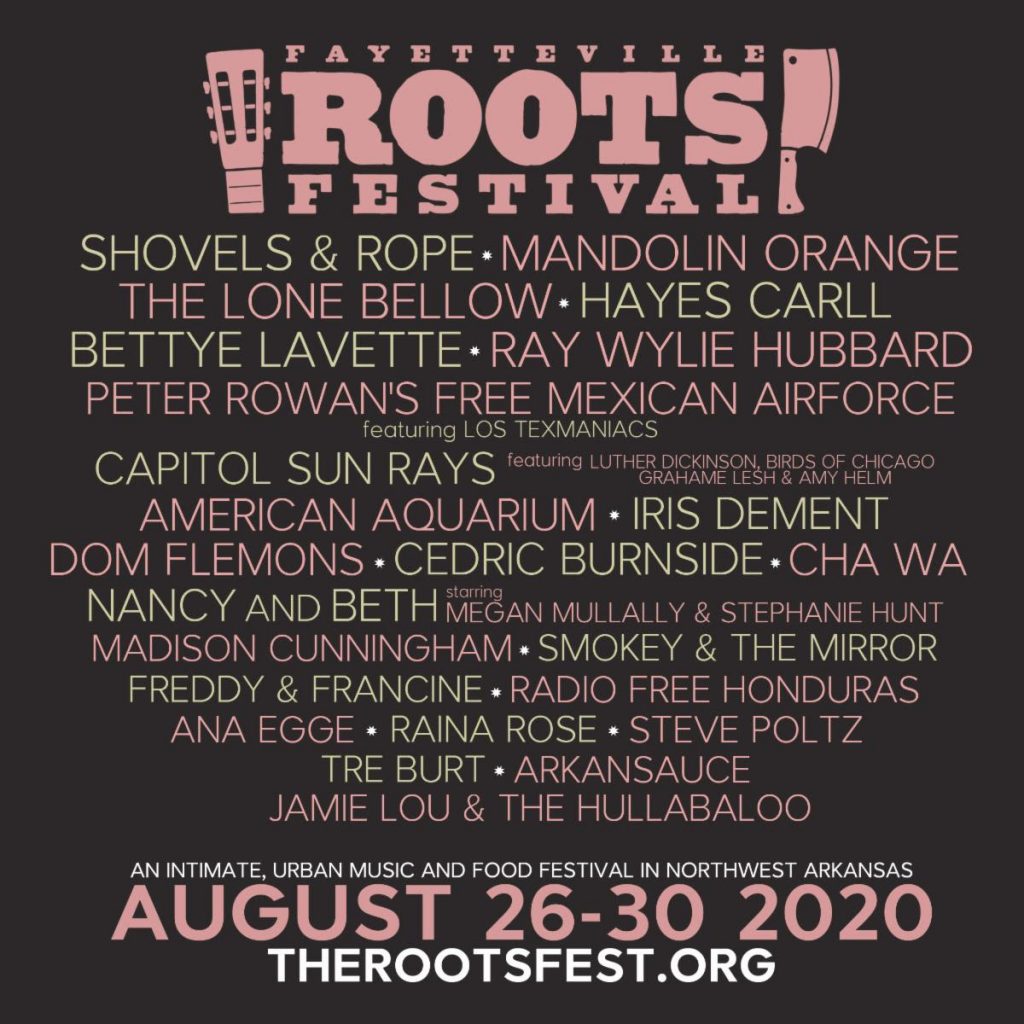 Something extraordinary: A peek behind the scenes at The Momentary