The time is now. After years of buzz, The Momentary, Crystal Bridge’s satellite expansion, has opened to the public.

The Momentary is out to expand the arts scene in Northwest Arkansas, building upon the legacy of Crystal Bridges Museum of American Art. This satellite facility is a new contemporary art space for visual, performing and culinary arts throughout the region. Occupying a decommissioned 63,000 square-foot cheese factory, the new space offers the art and music of our times with galleries for exhibitions, performance spaces, artist-in-residence studios, culinary experiences, a festival field and more. General admission is free.

“Our family shares a passion for the arts and for this region of the country,” said Olivia Walton. “By witnessing how Crystal Bridges became an arts destination, bringing tourism and new audiences, new ideas and new perspectives to Bentonville, it was clear that there was more room to expand access to the arts in Northwest Arkansas.”

For decades, the building that the Momentary now inhabits served as a Kraft Cheese Factory. Chicago-based Wheeler Kearns Architects and lead project architect Calli Verkamp chose an adaptive reuse design to maintain the integrity of the former cheese factory while adding elements to support the new purpose of the space. The additions use contemporary materials and construction methods to differentiate themselves from the existing building.

The Momentary opened to the public on February 22 with a weekend of music, performance and art. Along with the unveiling of State of the Art 2020, which can also be seen at Crystal Bridges and is a sequel to their much-beloved 2014 exhibit, the weekend included TIME BEING, a Performing Arts festival. Performing Arts team of Cynthia Post Hunt, Pia Agrawal and Stuart Rogers along with Momentary Director Lieven Bertels curated TIME BEING. Internationally acclaimed musicians Courtney Barnett and FM Belfast performed along with harpist Mary Lattimore. Performances included Spokaoke with Annie Dorsen, A Study on Effort by Bobbi Jene Smith, and The Recipe by Kristin Worrall, a cooking show drawing upon the history of the area and facility that included University of Arkansas students. 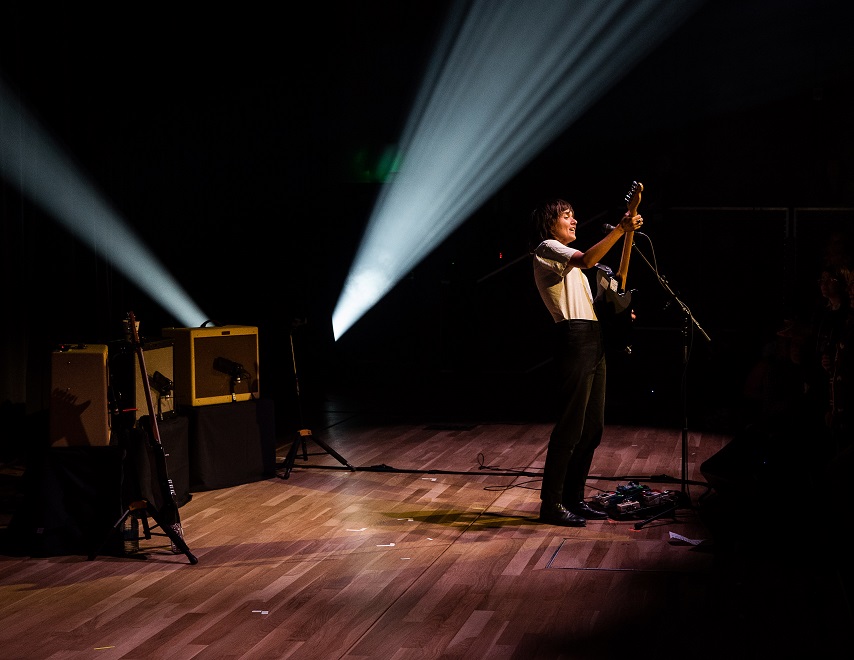 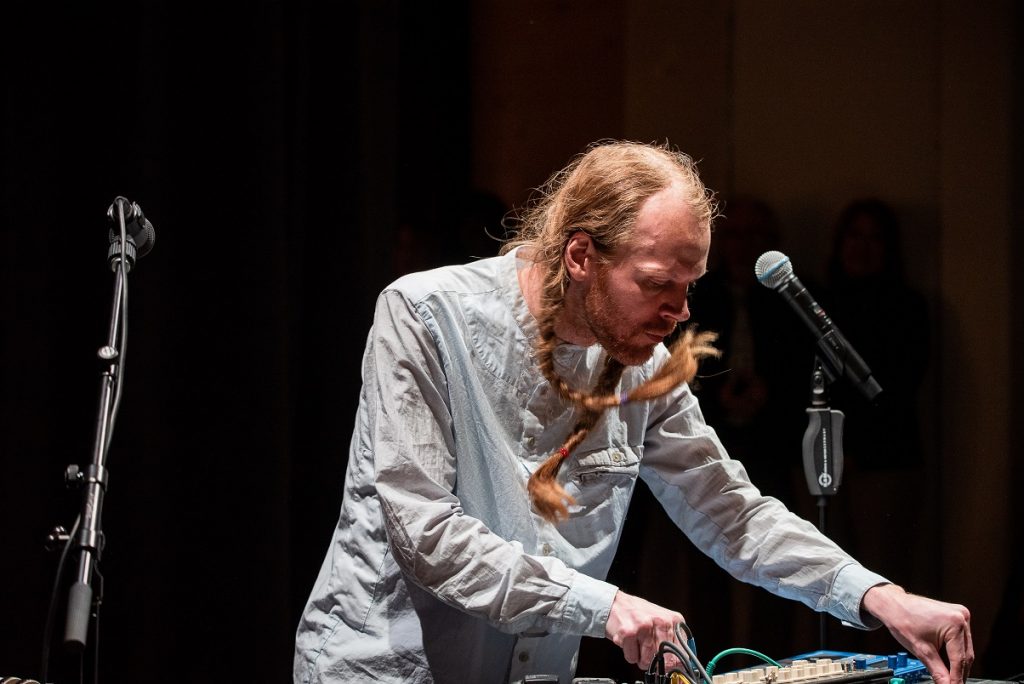 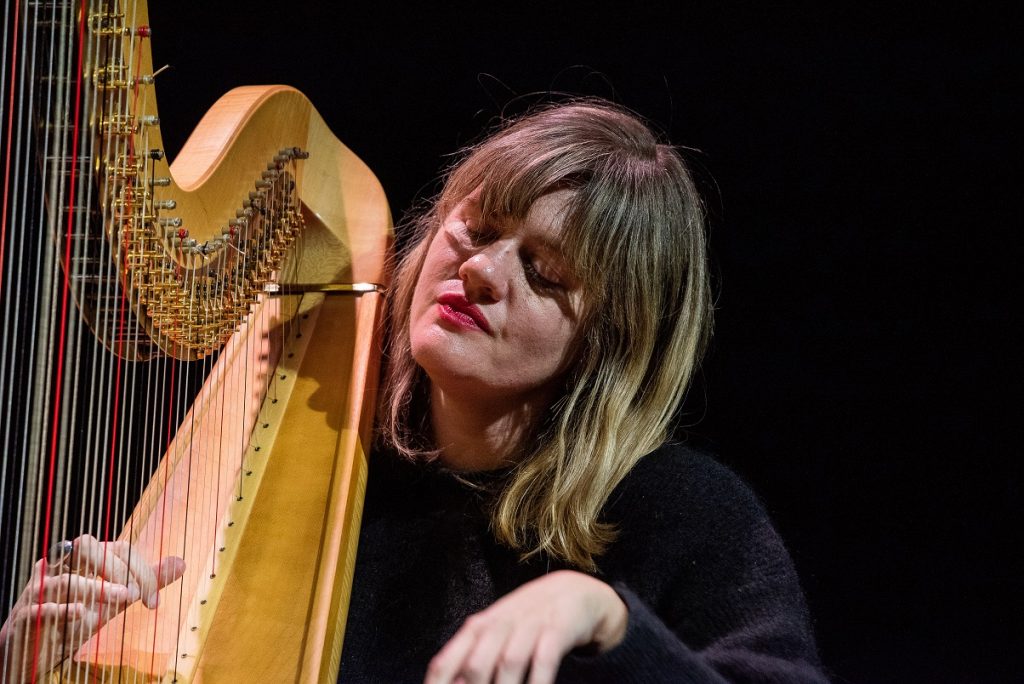 Another piece, First Things First by For You, drew its inspiration from the theme of the “The First Time I…” raised during the Meet the Momentary event in Fall 2019, where attendees were asked to complete postcards with that phrase. Those answers were used to write the piece, which featured local performers such as  Lela Besom and Caitlin Turner and culminated in the Bentonville West High School Marching Band (directed by Albert Ortiz) playing the ’90s club classic “What Is Love” by Haddaway. Fayetteville resident and performer Laura Shatkus stage managed the show. 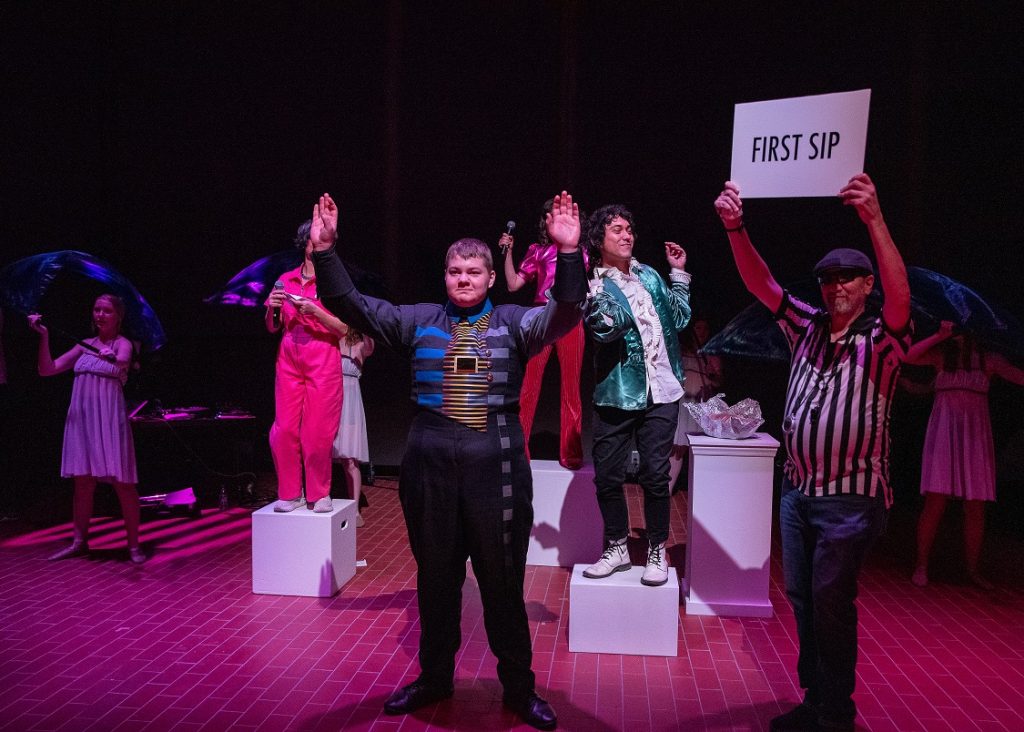 One highlight of TIME BEING was the breathtaking performance by Bandaloop, an aerial dance troupe who gracefully moved through the air while suspended from the tower of the facility. 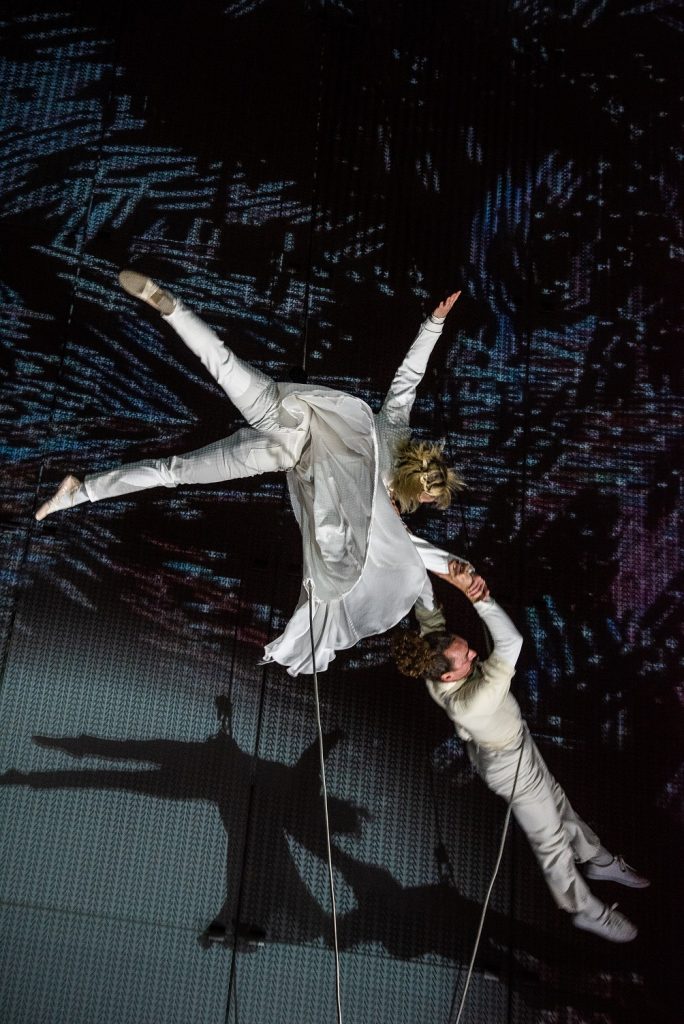 Visually, the Momentary has art around every corner. Portuguese visual artist Alexandre Farto, aka Vhils, created unique signage produced by Justkids for the west-side of the Momentary’s building, exploding the building’s name onto the exterior wall. A site-specific neon sculpture by artist Tavares Strachan titled You Belong Here, stretches 78 feet across and 25 feet high on the building’s east side, inviting patrons inside. A pattern titled Sway, featured on the exterior glass of the Momentary’s Tower, main entryway, and other spaces was created by Oklahoma-based artist Addie Roanhorse. A member of the Osage Nation, Roanhorse took inspiration from Osage attire to create the pattern, paying homage to the traditional owners of the land around the Momentary while also filtering light through the building.

“After years of careful planning and consideration, we are thrilled to welcome all to engage with art in a whole new way,” said Lieven Bertels, director of the Momentary. “Artists are at the center of everything you see here. They create the work, they influence our design, they make the Momentary what it is. We are delighted to have this opportunity to spotlight today’s artists, the work they are producing, and the role they play in our everyday lives.”